Eating chocolate is so common nowadays that we tend to forget how it became a treat that we can simply pick up from shelves at any time. This article will not add up to your chocolate craving, but it will try to provide a better view on how it all started. Did you know that the process of making chocolate goes all the way back to ancient times?

The Theobroma Cacao is what we all know as the cocoa tree. Its origins can be traced back to Central America’s rainforests.

It is believed that the Mayans first grew the cocoa tree in 300 AD. Then in 1100 AD, the Aztecs had their turn in cultivating the tree. Chocolate was called xocoatl by the Mayans and Aztecs. It was a special beverage made from chilies, anise seed, vanilla, cornmeal, and a few more spices. Back then, only royalties were able to drink it. Xocoatl was served in golden chalices that were known to be used only once.

Food for the Gods

The Mayans’ love for cocoa was etched in history through wood carvings that show pictures of cocoa fruit pods. They believed cocoa to be food that only gods can consume.

Xocoatl was also regarded by Aztecs and Mayans as a health sustaining drink, and they used it extensively for medicinal purposes. Their figureheads drank loads of dark chocolate dyed in red and served in golden goblets.

Cocoa beans were so valuable in the past. In fact, they were used as currency among Mayans and Aztecs. They used cocoa beans in most of their transactions – be it in buying or selling goods.

In 1519, some parts of Mexico were ultimately conquered by Hernán Cortés of Spain. He was extremely interested in xocoatl being a currency that he started cultivating cocoa trees and establishing multiple plantations without delay.

The cacao tree can have around 10,000 blossoms, but only about 10-50 of those will develop into the fruit pods that we are all familiar with. The tree can regulate its blossoms to the amount that it can handle. It does this to preserve its internal systems and to prevent its branches from falling apart. 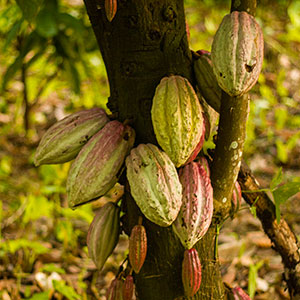 Once the blossoming part is over, harvesters then wait for the pods to ripen. They handpick the trees and crack up the pods until they see white pulpy elements that surround the seeds. When all the conditions are met, harvest season begins.

The seeds or cacao beans are where the magic happens, but they aren’t ready to be turned into chocolate just yet. They still have to go through a fermentation process for up to 7 days.

It is incomprehensible to see the world without these sweet treats nowadays. Chocolate has been everyone’s favorite ever since the Mayans and Aztecs made it known to the world. 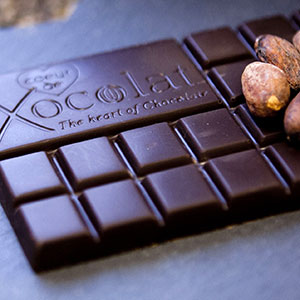